“Salt: Salt never experienced the intense wave of modernisation that swept across the capital, and as a result has retained much of it’s historic charm”, says my beloved Lonely Planet guidebook.  It is also said to house a number of tombs and shrines of Biblical figures, which makes As-Salt even more irresistible.

A cozy, idyllic village with stoned pavements was what I had in mind for Salt, which was instantly shattered when I saw an overbearing hill packed with buildings.  I pick a street that seems to be the main road, hoping I would come across any of the tombs, or even better, a tourist centre to pinpoint where the shrines are. The town is surprisingly empty for it’s size and I only come across a handful of kids playing and a few men smoking cigarettes along the way. Before I know it I’m already climbing up the hill, and I am approached by a middle aged lady who holds my hands as if I am her long lost relative.

‘Salam alaikum!’ She exclaims and  I greet her back with equally matching enthusiasm followed by the usual perplexed smile all the way through her Arabics. ‘Shai?’ She eventually asks with a gesture of drinking tea, and I eagerly nod my head. I would love for an opportunity to see a real household of a Jordanian. Together we walk up the steep hill, through a narrow door that leads to an even steeper staircase. At the front door, her three daughters who seem to be in their 20s open the door, and three little kids peep through. It the very first time I’ve seen women without a headscarf.  They don’t seem at all startled at this sudden intrusion of a foreigner, and they lead me to a small balcony which overlooks a narrow street. The cool air from the stone floor immediately soothes my face and arms that has been grilled under the piercing sun the whole morning.

I am led to the balcony to sit, and Auntie (the lady pointed to herself and said what I think is the English word ‘Auntie’) sits opposite. After family introduction, we don’t know what else to say to each other so we simply smile. To cover up the awkwardness, I gesture the children to come to the balcony and start taking photographs. The children instantly hold up their fingers in a ‘V’ shape.

‘We were in Zaatari. We came here one month ago. Angelina Jolie came to Zaatari and took photo with our Farah”. They turn on their laptop and show me the picture – Jolie lifting up Farah, the youngest of the three children, surrounded by many onlookers.  At the mention of Zaatari I light up. I had considered visiting Zaatari on my trip, but abandoned the idea because going there as a tourist seemed somewhat inappropriate. ‘How did you get there? What’s living like? How long were you there for? How easy is it to get out of there?’ Questions after questions are eager to spill out from my mouth, but I see a flash of gloom pass over Aunties face at her daughter’s mention of the place. Perhaps it’s a place with awful memories. I decide not to ask anything. She goes on to tell me that there was a man who wanted to get married to her, but he had died in Syria.

I think of my Syrian friend Dody back in the hostel in Amman, whom  I have already grown very fond of.  They all have this beautiful untainted smile as if to defy the struggles and heartaches they have known.

‘In Syria, ‘V’ means freedom’. Noora, the eldest of the girls explains as the children never fail to hold up their two fingers every time I click my camera shutter. It is only then I remember – the endless news footages  with all those people in Syria – men and women, young and old – all of them holding out a ‘V’ to the video camera as their country is torn apart. I begin to understand the depth of their yearning in the two tiny fingers held up by a girl who is too young to understand the plight of her homeland.

Noora takes over my camera to take a picture of me and Farah together. I wrap my arm around her little waist, and on my hand glistens a ring that Noora had given me earlier. Farah and I hold our fingers up together in a ‘V’. The gesture is no longer an automatic camera-reflex of an East Asian, but a poignant reminder of my beautiful friends’ pains and a token of hope.

‘V’ is for Freedom. For Auntie, for Noora, for Farah, for Dody.

I whisper silently, Freedom for Syria. 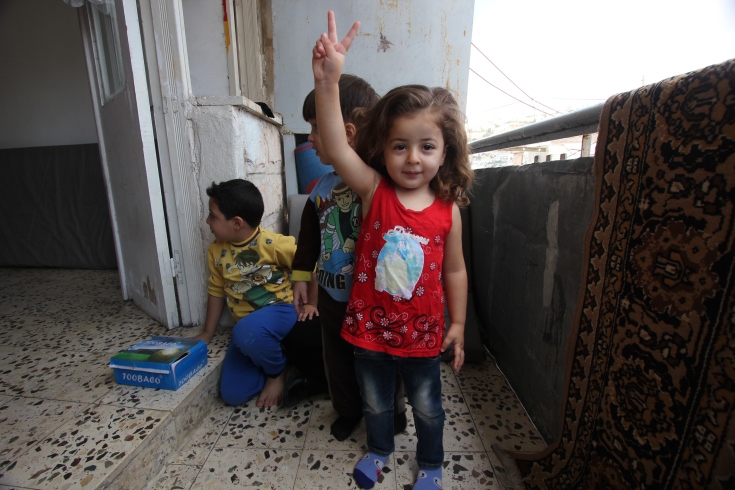 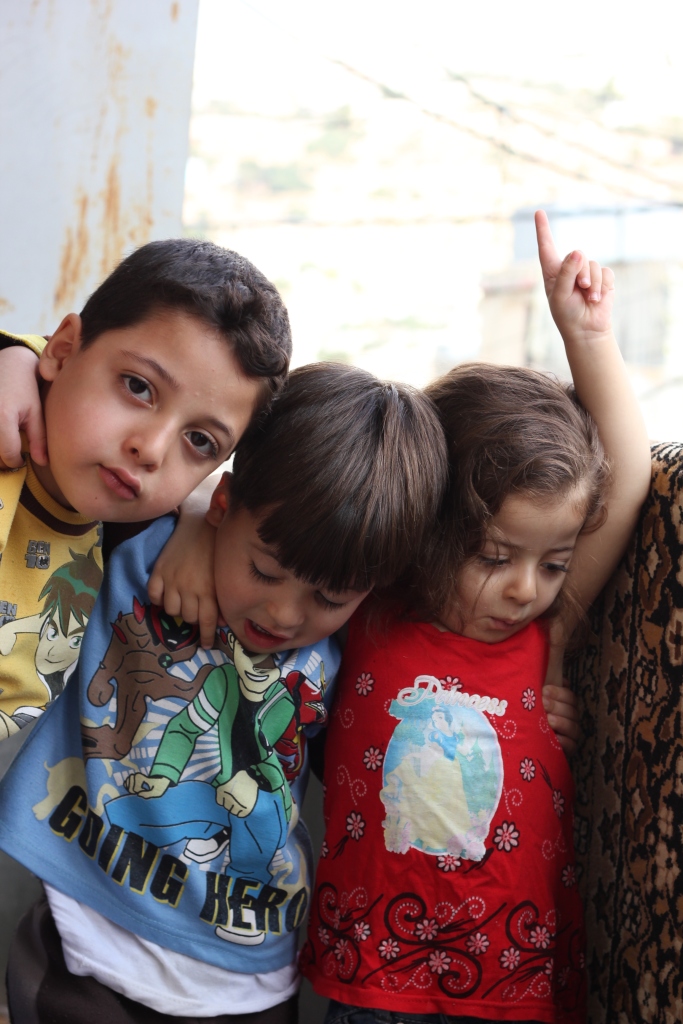 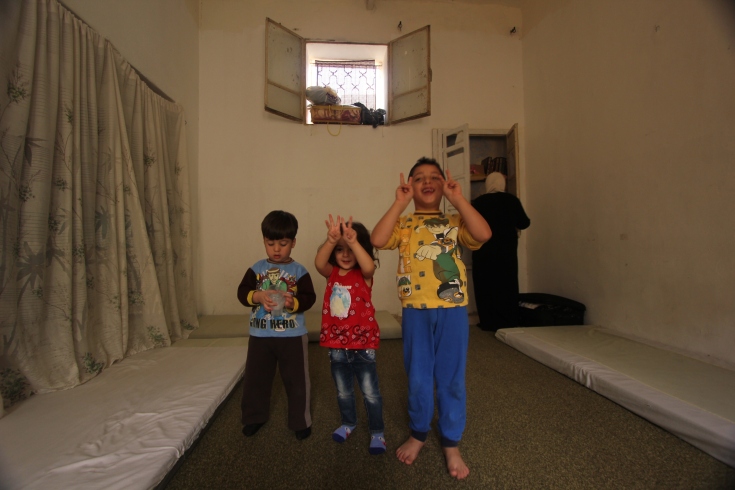 Dody’s story has been reported in The New Zealand Herald shortly after I returned from Jordan.

2 thoughts on “As-Salt: ‘Freedom for Syria’”